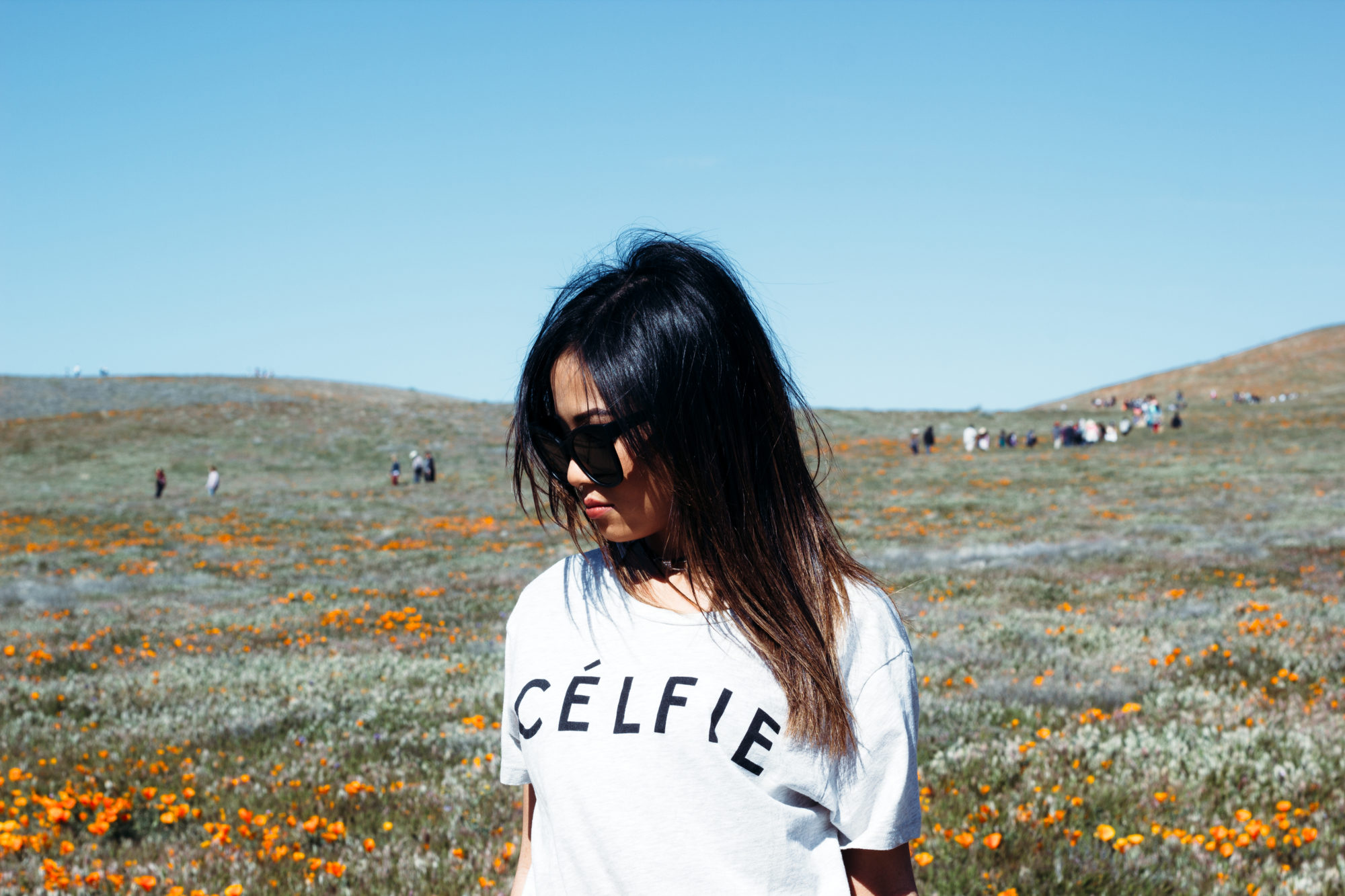 And before you knew it, April took off and you can’t help but wonder, where did 2017 go? Spring officially started a couple of weeks ago, and the much anticipated rain brought in a sweet surprise–a super bloom kick off. Last weekend I visited the Antelope Valley California Poppy Reserve, about an hour and a half north of LA.

There’s something about driving outside of LA to witness the greenery come alive. This poppy reserve had little to no cell phone reception and was actually a mild hike to get to the poppy-dense areas.

It’s only early spring, but I suggest making the trip to see a nearby field soon. The super bloom came quickly in heavy abundance after the rain, but it’s expected to start fading away as of early April.

As a born-and-raised Angeleno, I try not to take for granted being able to live in close proximity to mountains, desert, cities, and sea. Because of the many times I’ve heard that we doesn’t have seasons, I want to thank mother nature for bringing us Spring with a cornucopia of color.

If the Poppy Reserve is on your list (or moreso newly added to your list,) come early, bring a bottle of water (it gets pretty dry up there!), and wear shoes you don’t mind getting dirty! It’s worth it.

Here are four of the best places to see the super bloom! I’m hoping to check at least a couple off my list by the end of April:

PHOTO BY ANDA GALFFY OF TRAVEL NOTES & BEYOND

PHOTO BY  JACQ OF THE BUBBLY MERMAID

PHOTO BY BUREAU OF LAND MANAGEMENT CA VIA FLICKR

Most of these parks are more than a couple hours out from LA, but it’s worth the drive! Pick a sweet spot, put your phones away for a couple of hours, and make a date with these wildflowers.

Have you been to any, or do you plan on it? Comment below! xx

Shop my look (or similar):

How To: Wear Faux Fur + Suede…And Make It Last